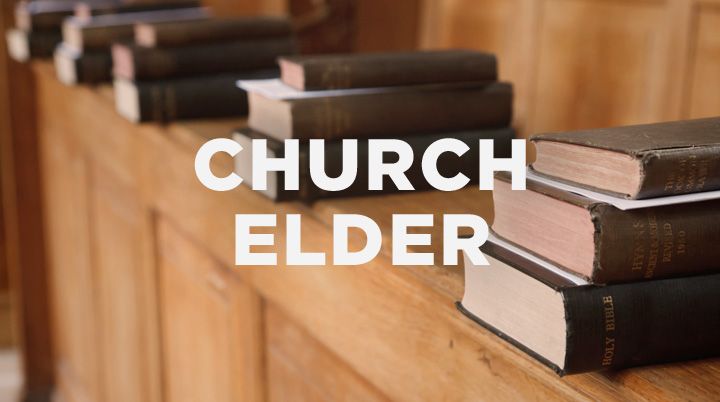 Opinion Paper – Not a Position Paper

Question: In the Titus 1:6 qualifications for elders, what is meant by “his children are believers”?

Response:
Looking at the Greek in this passage, the two words that are of the utmost importance here are the word for “children” and the word for “believers”.
TEKNON – Children:
The word for “children” used here is teknon – a word that, when dealing with familial relationships, is used almost exclusively to indicate what we would call “minor children”. When indicating merely a “descendent” relationship without regard to age, the word typically used is huios (translated “son”).
The distinction between the two is a bit more nuanced, with teknon having a connotation of dependence – the teknon is dependent on another. This is why the disciples are sometimes referred to as teknon, children, indicating their dependence on their Master. Huios, however, carries with it the idea of independent action, as we see when Jesus Christ is called the Huios of God (Son of God).

PISTOS – Believers:
The second word we must examine is the word translated “believers”, which is the Greek word pistos. The literal meaning of this word is “faithful”, and it is elsewhere translated in this way (Matthew 25:21, Acts 16:15). When used in other places, it does seem to be used to describe specific people as “believing” (Acts 10:45, Acts 16:1). The distinction, then, is found in the context of the word.

If we take the word to mean “faithful” (as I think it should be translated in the context), this would mean that those children who are under his control are truly controlled properly and reasonably. This would mean an examination of the methods of discipline he uses, as well as the result of that discipline on his children. This, I think, is specifically called out in the parallel passage in 1 Timothy 3:4-5: He must manage his own household well, with all dignity keeping his children submissive, for if someone does not know how to manage his own household, how will he care for God’s church? This passage seems to indicate the reason for examining his home at all is to determine how he will manage the people of God in a position of authority.

Discussion:
With these definitions in mind, we will turn our attention to the question of the scope and permanence of the qualifications.
I will note that while some things discussed may not be “disqualifiers”, it does not mean that they should not be explored in the context of a candidate’s examination by the church for this office. It is fair to explore the candidate’s fitness for the role, and to seek with all relevant information, the Spirit’s leadership in this decision.

Scope of the “Children are believers”
The scope of this qualification appears to indicate men with minor children in the home, under his control. To choose adult children in this qualification would exclude Samson’s faithful parents or the father of the Prodigal Son, something that the Bible nowhere does. The parents of adult children are simply not implicated in the unfaithful choices of their independent children. Their choices do not necessarily reflect on the goodness of their father nor his fitness for this role.
The only time it might come into question would be in a case similar to Eli’s children (1 Samuel 2ff). In this case, it appears that Eli made a place for his unworthy sons in the service of the congregation. As a result, he was judged guilty along with his sons because he had enabled them to despise God. For the prospective elder, a similar situation might occur if the candidate had continued to put forward his children for ministry (controlling) roles in the church while knowing them unworthy of the task due to sin, heresy, or abuse of that position. This should certainly give the church pause in considering the harm he could do the reputation of Christ were he elevated.

In summary, the fact that an “adult” child wanders from the faith, whether temporary or permanent, speaks to other influences in the child’s life than the father.

Permanence of the qualifications
For all the qualifications listed in Titus and in 1 Timothy, the verbs used are in the present tense, indicating a present and continuing action or state of being. Disqualification for sins of the past on the basis of Paul’s statements may not be warranted, unless the actions point to a continuing issue with the candidate.
We all recognize the role of sanctification in the believer’s life, especially in the life of an elder. I do not think Paul would have argued for these qualifications to be applied without grace, and without the recognition of the circumstances. We would not automatically disqualify a man who once had a child who was unruly, just as we should not, in my understanding, summarily exclude a man from service who was divorced before conversion but has been a faithful husband to his second wife for 25 years.

For all these qualifications, they indicate the character the man brings to the role. A faithful believer, exemplifying the faith now, would be eligible for consideration by the church in spite of errors they made many years ago. This, I believe, is the reason for Paul’s qualification in 1 Timothy 3:6: He must not be a recent convert… Part of that, beside the conceit it might engender in the elder, would be to allow the church to see the fruit he produces over time.
In all cases, I think the qualifications listed must be considered in regard to the present character of the candidate. We all come from sinful backgrounds; Paul himself came from persecutor to saint. Grace and sanctification must have their place in our understanding.

Considering Believing Children
Ideally, the children of all believers would themselves be believers, but this is based on the providence and calling of God, not on our ideals. Paul could have removed the ambiguity of the word pistos by simply using a clarifying phrase “in the faith” (see 2 Corinthians 13:5). Had he intended this meaning, and not an ambiguity that would necessarily be worked out in the church, he had the means and existing vocabulary to make this qualification plain.

Aspiring to the Office of Elder
In 1 Timothy 3:1, Paul indicates a man may “aspire to the office of elder.” To view the guidelines he gives Timothy and Titus as a rigid set of legal hurdles, there would be no reason for many to aspire to that position; they would be excluded from the outset. These qualifications, in addition to allowing Timothy and Titus to appoint godly men to these roles, allow for those aspiring to the office to examine themselves in their path of sanctification. These qualifications would help someone who wanted to serve the Lord in the fullest way possible to be built into an “example of those who believe.”